The protection of third-party interests in commitment decisions
News Update

On 9 December, the Court of Justice of the European Union ("CJEU") annulled a General Court ("GC") judgment which had confirmed a European Commission (the "Commission") decision that made the commitments offered by film studio Paramount binding. The CJEU found that the assessment of proportionality of the commitments must necessarily take into account the adverse effects on the interests of third parties.

In this case, the Commission's investigation focused on licensing agreements on audio-visual content concluded between Paramount and the main pay TV broadcasters in the EU, including Sky and Canal +. In July 2015, following the investigation, the Commission sent a statement of objections concerning certain clauses which, in its preliminary view, were prohibited under Article 101 of the Treaty on the Functioning of the European Union as they could restrict the provision of cross-border pay TV services and lead to territorial exclusivity. In particular, two linked clauses in the agreements were problematic: (i) a clause preventing Sky from accepting unsolicited services requests from EEA consumers residing outside the UK and Ireland and (ii) a clause preventing EEA broadcasters, other than Sky, from accepting requests from consumers in the UK and Ireland.

In April 2016, Paramount offered several commitments to address the Commission's concerns, such as stopping the geo-blocking clauses in new agreements and stopping enforcing them in existing agreements. A few months later, the Commission accepted the commitments and made them legally binding. However, Canal+ appealed the commitment decision before the GC because it had previously concluded a pay television agreement with Paramount covering France on an exclusive basis and it would lose its exclusive rights.

In December 2018, the GC rejected the appeal of Canal+ stating, in essence, that the commitments offered by Paramount did not bind Paramount's contracting partners, including Canal+, and that these third parties could still enforce their rights in civil proceedings before national courts. Canal+ then brought the case before the CJEU.

The CJEU's judgment: can the rights of third parties be effectively protected by national courts?

In its judgment of 9 December 2020, the CJEU annulled the GC's ruling. In particular, the CJEU found that the GC erred in law when it assessed the proportionality of the commitment decision as regards the negative effects on the rights of contractual third parties, such as Canal+.

In this regard, both the Commission and the GC stated that Canal+ could seek redress and enforce its contractual rights against Paramount before a national court. This argument is in line with the Gasorba case which clarified that commitment decisions to address the Commission's competition concerns do not preclude national courts from assessing whether the practices in question comply with the competition rules.

The CJEU, following Advocate General Pitruzzella's opinion, did not share this view. Referring to the Masterfoods case, it recalled that the effectiveness of EU law is a fundamental legal principle. This principle would be undermined if, following a procedure started by Canal+, a national court ordered Paramount to honour its obligation under its contract with Canal+ which Paramount committed itself not to do so vis-à-vis the Commission. Therefore, the CJEU found that the possibility of enforcing third parties’ rights before the GC cannot effectively safeguard third parties’ contractual rights. This reasoning is also in line with Article 16 of Regulation 1/2003 which specifies that when a given practice is already the subject of an EC decision, national courts assessing the agreement cannot contradict the Commission's competition decisions on the same practice. Contrary to the GC's ruling, the CJEU, therefore, concluded that if a national court obliged a company, in this case Paramount, to contravene the Commission's commitments, this would clearly run counter to the Commission's decision. In this sense, the CJEU clarified that the Commission's proportionality assessment of the commitments should consider protecting third parties' contractual rights.

After the Alrosa judgment, which was issued ten years ago, this is the second case in which the CJEU has ruled on commitment decisions.

The fact that both the Commission and undertakings must consider the rights of third parties in their assessment may not only result in more appropriate and well-addressed commitments, but also national courts may feel more confident relying on the Commission's commitments without running against a Commission decision.
Written by: 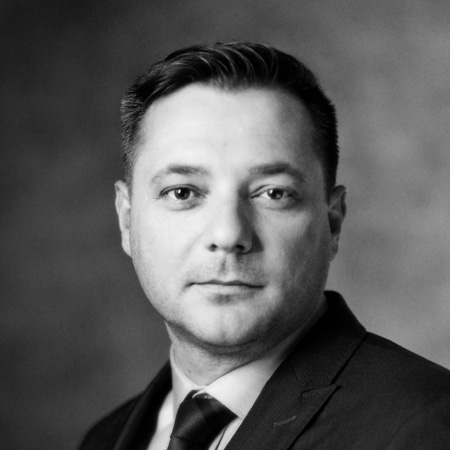