On 24 October 2022, the Netherlands published draft legislation with extensive commentary on domestic implementation of the second pillar ("Pillar Two") of the OECD's two-pillar solution to establish a new framework for the international tax system. The Netherlands is the first EU Member State to publish a draft bill on the implementation of Pillar Two. The Dutch Draft Pillar Two Act is open for comments until 5 December 2022.

On 20 December 2021, the Organisation for Economic Co-operation and Development (OECD) published detailed rules ("OECD Model Rules") to help implement Pillar Two. The OECD Model Rules were followed by the European Commission's proposed directive on Pillar Two implementation across the EU. Pillar Two introduces a new set of rules aiming to ensure that Multinational Entity (''MNE'') Groups with an annual group turnover of EUR 750 million are subject to a minimum effective tax rate of 15% on business profits. These rules include a top-up tax on corporate income that is taxed below the 15% minimum rate.

The EU directive must be adopted unanimously by all EU Member States. Currently, there is no unanimity as Hungary has objected to the adoption. Nevertheless, on 9 September 2022, the Netherlands, France, Germany, Italy and Spain issued a joint statement reaffirming their commitment to implementing Pillar Two in 2023, by any possible legal means if necessary. These means would include the enhanced cooperation procedure, which allows Member States to adopt common rules for a smaller group of participants.

For more background on Pillar Two, we refer to our previous News Update of 24 December 2021.

The Draft Pillar Two Act closely mirrors the EU Directive and OECD Model Rules. The Dutch legislature has set an ambitious deadline, as the Act should enter into force on 31 December 2023. Beyond this, the Dutch legislature has also included a transitional regime, which will have retroactive effect as proposed by the OECD and EU documents. If the bill is adopted in its current form, certain entities may be affected for certain periods prior to 31 December 2023.

Due to the complexity involved and the short time frame in which the draft bill was prepared, further improvements are expected before the draft is finalised and sent to Parliament for review. The public consultation period could provide a useful insight into future points of discussion and omissions from the current draft bill. We have listed some of the main envisaged improvements below.

As the Pillar Two top-up tax is levied through a separate tax return, the tax authorities are likely to benefit from safe harbour rules to ease technological implementation from an administrative perspective. MNE Groups may also wish to use safe harbour clauses to reduce compliance costs. So far, the draft bill does not include any rules of this type. We expect the final bill to address this. The final bill is also expected to include a detailed framework on how the separate tax return should be implemented, as well as how these separate tax returns are to be exchanged with foreign tax authorities.

We also expect the inclusion of a framework for possible dispute resolution mechanisms arising from a Pillar Two tax return. Lastly, the final bill is expected to reflect careful analysis and consideration of the interaction between the Pillar Two Act and the Corporate Income Tax Act 1969 as well as any mismatches between the two.

If you have any further questions, please contact one of the members of the Houthoff Tax team.  Please find all the proposals here.
Written by: 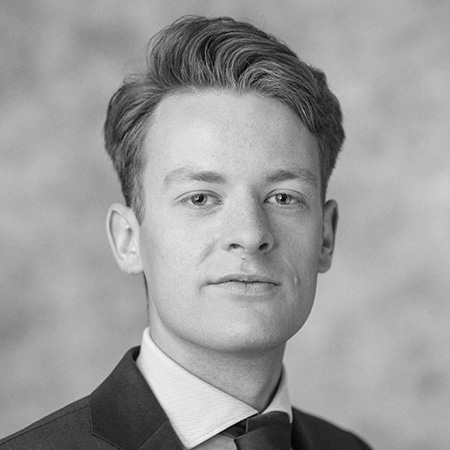