Today, the Dutch Supreme Court has definitively upheld the Court of Appeal's decision in the Urgenda climate case. This means that the Dutch State must reduce greenhouse gas emissions by at least 25% compared to 1990 levels. This must be done by the end of 2020. The Supreme Court found that Articles 2 and 8 of the European Convention on Human Rights (“ECHR”) place a positive obligation on the State to take reasonable and appropriate measures to protect residents from the life-threatening consequences of dangerous climate change. This is a landmark judgment with global importance. The Urgenda case marks the first time that a Supreme Court has ruled in a matter in which a state is ordered to reduce its greenhouse gas emissions on the basis of Articles 2 and 8 of the ECHR.

Stichting Urgenda is a Dutch NGO that strives to accelerate the transition to a more sustainable society. This collective action related to reduction targets. Urgenda started its collective action in 2013 to force the Dutch State to take more action to reduce greenhouse gas emissions such as CO2. Dutch collective actions based on Article 3:305a Dutch Civil Code (''DCC'') can be initiated to protect public interests representing an unnamed group of individuals. This allows for climate change-related collective actions to protect the living environment. Urgenda claimed that it represents the interests of current and future generations of Dutch residents and people outside of the country's borders. The Hague Court of Appeal ruled that Urgenda had standing to represent the current generation of Dutch residents. As this provided Urgenda with sufficient standing to bring its claim, the Court of Appeal left the question of whether Urgenda can represent future generations and people outside the Netherlands in an Article 3:305a DCC action unanswered. This question was not discussed in the Supreme Court proceedings.

Throughout these proceedings, Urgenda and the State agreed that climate change poses significant risks and that global temperatures must not increase by more than 2ºC as compared to the pre-industrial era. They also agreed that current greenhouse gas emissions must be reduced. The Dutch State set a target of a 20% reduction of greenhouse gas emissions by 2020 compared to the 1990 levels in an EU context, whereas Urgenda argued that the Dutch State should be ordered to reduce national emissions by at least 25%.

In 2015, The Hague District Court ruled that the State had acted unlawfully towards Urgenda by starting from a reduction target for 2020 of less than 25% compared to the year 1990 and granted Urgenda's claim to order the State to reduce emissions by at least 25%. The Court of Appeal upheld this ruling in 2018. The District Court found that the State breached its duty of care under the standard of due care under Article 6:162 DCC by not taking sufficient measures to mitigate the effects of climate change. According to the District Court, Urgenda could not invoke protection under the ECHR as only direct or indirect 'victims' within the meaning of Article 34 ECHR can do so. The Court of Appeal, however, found that the State breached its duty of care under Articles 2 (Right to life) and 8 (Right to respect for private and family life) of the ECHR. It found that Urgenda, as a representative organisation that acts in the interests of Dutch residents, could also invoke ECHR provisions. Both the District Court and the Court of Appeal rejected the State's argument that granting Urgenda's claim would violate the separation of powers between the judiciary, which must investigate facts, apply the law and interpret the law, and the legislature, which must enact laws.

The Supreme Court followed the advisory opinion of the procurator general and the advocate general and upheld the Court of Appeal’s ruling. According to the Supreme Court, the Court of Appeal correctly found that the court could use the context of human rights to determine the extent of the State’s legal obligations regarding climate change. The ECHR obliges States to protect their residents' right to life (Article 2) and right to family life (Article 8). A representative organisation can invoke these articles in a collective action, particularly in collective actions protecting environmental interests. The Supreme Court stated that appropriate measures have to be taken when there is a real threat to the lives and wellbeing of individuals, and that this also applies to environmental threats even if these only occur in the long term. Due to the real threat of dangerous climate change, there is a serious risk that the current generation will be confronted with loss of life or a disruption of family life or both. It therefore follows from Articles 2 and 8 ECHR that the State has a duty to protect residents from this real threat.

The Supreme Court referred to the 2007 IPPC report which concluded that all developed countries will have to decrease their greenhouse gas emissions by 25% to 40% by 2020 to limit global warming to a 2ºC increase. The Supreme Court concluded that, considering this internationally accepted objective, the State had not sufficiently explained how a 20% decrease of emissions by 2020 (in the EU context) would be reasonable. Furthermore, the Supreme Court held that there is a broad consensus in the international community and climate science that if mitigating measures are delayed, it will become more complex and expensive to reach climate mitigation objectives and that there will be a larger risk of a ‘tipping point’ (drastic changes in climate).

The State is therefore under an obligation to reduce its greenhouse gas emissions by at least 25% by the end of 2020.

The Supreme Court also found that an order by the court to reduce emissions is not an order to enact legislation, which would violate the separation of powers. According to the Supreme Court, the judiciary must judge whether the government and parliament abide by the law in making political decisions. The Dutch Constitution requires the Dutch courts to apply the provisions of the ECHR. The Supreme Court concluded that offering judicial protection, also in matters against the government, is a substantial aspect of the democratic constitutional state. The Supreme Court also mentioned that the legislature still has the freedom to determine which legislation is necessary and what the content of that legislation will be to abide by the reduction order.

The Supreme Court’s decision concludes a unique case, highlighting the responsibilities of the State to protect the lives and wellbeing of its residents against dangerous climate change under the Articles 2 and 8 ECHR. It will have an undeniable impact on many other climate change cases against states worldwide.

An English translation of the Supreme Court's ruling will be published in due course. Please consult the website of de Rechtspraak for more information. 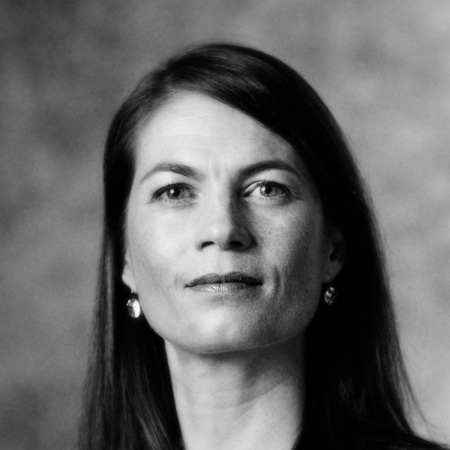