A bill is currently being debated in the Dutch House of Representatives for a 250-day cooling-off period for the board of a listed company if it is faced with a hostile takeover bid or (unsolicited) shareholder activism. The draft bill amends certain provisions of Book 2 of the Dutch Civil Code, the main purpose of which is to give the board of a listed company more time to evaluate and weigh the interests of the business and its stakeholders. On 7 April 2020, it was decided that the House of Representatives would take up the bill in legislative consultations prior to going on summer recess, despite, and indeed because of, the coronavirus crisis. This News Update provides a brief overview of the bill and its significance for listed companies.

Dutch listed companies already can defend themselves in various ways against unsolicited (i.e. hostile) takeover approaches and (unsolicited) shareholder activism. Examples include anti-takeover measures under the articles of association (including preference and priority shares) and anti-takeover measures that are not covered by the articles of association (including the issue of depositary receipts, (listed) (sub)holding structures and voting agreements). The majority of Dutch listed companies have one or more anti-takeover measures in place. KPN is a well-known example of a listed company in respect of which an anti-takeover measure was effectively used in response to a threatened takeover by América Movil in 2013. KPN's Stichting Preferente Aandelen B (Foundation for Preference Shares B) acted as a takeover defence by acquiring half of the voting rights minus one percent in KPN through the (temporary) issuance of preference shares (at nominal value) to the Stichting in order for the Stichting to gain de facto control of the General Meeting for the duration of the period during which the preference shares were outstanding. América Movil ended up abandoning its bid, while it was de facto impossible for it to acquire a majority of the voting rights in KPN while the preference shares remained outstanding. The preference shares held by the Stichting were later, at the Stichting's initiative, reacquired (at nominal value) by KPN and cancelled, following América Movil's ultimate withdrawal. The proper execution of this particular anti-takeover defence requires the existence of an independent stichting (Dutch foundation), with an independent board, that is required to act in the best interest of the company and all of its stakeholders. The (pre)existence of such a stichting (holding a call-option on preference shares) is a frequent occurrence among Dutch publicly traded companies.

The bill to amend Book 2 of the Dutch Civil Code allowing the board of a listed company to invoke a cooling-off period is intended to provide the board an additional (or, rather, alternative) weapon in its arsenal to allow it more time in certain situations to evaluate and weigh the interests of the business and its stakeholders. From 7 July 2018 to 7 February 2019, it was possible to comment on the preliminary draft bill (which we did), and the bill was submitted to the House of Representatives on 23 December 2019. On 7 April 2020 it was decided that the bill will be discussed in legislative consultations before the summer recess.

The main consequence of the bill will be a new Article that is proposed to be added in Book 2 of the Dutch Civil Code, which will apply to companies whose shares are admitted to trading on: (i) a (European) regulated market; (ii) a multilateral trading facility as referred to in Article 1:1 of the Dutch Financial Supervision Act; or (iii) a system similar to a regulated market or multilateral trading facility.

Under the proposed new Article (2:114b) in the Dutch Civil Code, the statutory cooling-off period may be invoked by the board of a listed company for a maximum period of 250 days, if it considers that one of the following situations substantially conflicts with the interests of the company and its business (the "Cooling-off Period"):
The Cooling-off Period begins on the day following the filing of the Shareholder Motion or, at the latest, on the day following the day on which the Public Bid is made to the company. Under the proposed article, depositary receipts and holders of depositary receipts are equated with shares and shareholders.

REQUIREMENTS FOR INVOKING A COOLING-OFF PERIOD

The proposed article provides for a number of requirements in relation to the board's ability to invoke Cooling-off Period:


CONSEQUENCES OF INVOKING A COOLING-OFF PERIOD

During the Cooling-off Period, the right of the general meeting to remove or suspend managing directors or supervisory directors, and the right to amend the articles of association relating to this, will be suspended. The aim of the bill is to temporarily exclude the shareholders' means of exerting pressure to directly or indirectly influence the company's strategy.

It should be noted that the suspension of powers does not take place if the company itself places a motion to appoint, suspend or remove a managing director or supervisory director on the agenda (e.g. for an urgent reason or in the event of a sudden vacancy). In addition, it is possible to file a petition with the Enterprise Chamber of the Amsterdam Court of Appeal to have the invocation of the Cooling-off Period reviewed (see 'End of the Cooling-off Period' below).

END OF THE COOLING-OFF PERIOD

OTHER PROPOSED AMENDMENTS TO BOOK 2 OF THE DUTCH CIVIL CODE

The bill is also intended to make an addition to Article 2:129(1) of the Dutch Civil Code, which currently reads: "Subject to the restrictions of the articles of association, the board is charged with the management of the company." The addition is a codification of certain case law that stipulates that the duties of a listed company's board include determining policy and strategy. This codification, which is specific to listed companies, is considered desirable in order to increase its recognisability, especially for shareholders from common law jurisdictions. It is expected by the legislator that this primacy will enable long-term value creation to become more central to listed companies and create scope for a broader stakeholder approach.

With regard to Article 2:187 of the Dutch Civil Code (mutatis mutandis provision), a number of additions are proposed so that the Cooling-off Period and the codification of the board's duty as proposed in Article 2:129 of the Dutch Civil Code would also apply to publicly traded 'private companies' (BVs rather than NVs (whereby NV is likely to remain the more typical form for a Dutch publicly traded company anyway)).

OVERLAP WITH THE RESPONSE TIME IN DUTCH CORPORATE GOVERNANCE CODE

In a number of respects, the proposed Cooling-off Period resembles the response time already set out in the Dutch Corporate Governance Code ("Code"). The Code consists of several principles to facilitate a system of checks and balances within Dutch listed companies and, to that end, to regulate relations in Dutch companies. The response time requires a shareholder to give the board a reasonable period of no more than 180 days to respond to an intention to put an item on the agenda that may lead to a change in strategy. The board must use the response time for further deliberation and constructive consultation.

DEBATE BEFORE THE SUMMER RECESS

Comments have been made on the bill from various angles. There has been substantial criticism arguing that a variety of anti-takeover measures are already available to listed companies and that a reduction of shareholder rights, temporary or otherwise, could have potentially negative consequences for the business climate in the Netherlands. Among others, our firm has submitted its observations and concerns, which we will not repeat here but are happy to elaborate on when desired, during the earlier consultation round.

The lead parliamentary committee dealing with the draft bill had initially proposed not to debate the bill before the summer recess. However, it was decided to do so in the House of Representatives now, despite the coronavirus crisis. Although some politicians have expressed doubt about the usefulness and necessity of a Cooling-off Period, the discussion of the bill can be a suitable moment to address concerns recently expressed in the media by a number of Dutch political parties (VVD, CDA, D66, PvdA and ChristenUnie) about the potential economic, social (and company ownership) fallout of the coronavirus crisis. The economy is under pressure, and there is a concern that the coronavirus crisis will make various companies easy prey for (undesired) takeovers or invite (undesired) takeover attempts. That concern is translated into a desire to safeguard boards' ability to continue to carefully weigh the interests of all stakeholders in the corporation and get to well-considered policy-making. According to Mr Dekker, the Minister for Legal Protection, the bill for the introduction of a Cooling-off Period can contribute to this. With a view to the widespread (pre)existence of antitakeover measures at many Dutch publicly traded companies, and the perceived uncertainty and arguable interference with ordinary corporate decision-making, we are aware that this view is not unanimously shared within the investor community. Apart from any technical concerns one might have in respect of the proposed legislation that is ultimately a political choice to make.

Assuming its adoption after the public debate in the House of Representatives, the bill will be forwarded to the Senate, where another vote will follow. We will monitor the progress of the bill and seek to keep you informed of any further developments.
Written by: 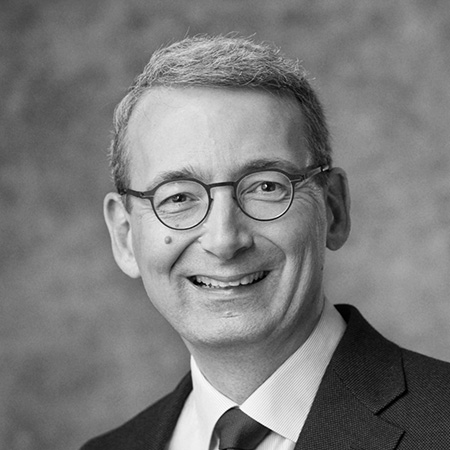